Recent polling finds that young people disagree with the Supreme Court decision on Roe v. Wade, and that it makes them more likely to vote in the midterms.

Note: This analysis, originally published in May 2022, has been updated with more recent data.

The U.S. Supreme Court's decision overturning Roe v. Wade is likely to have profound political implications in this November’s midterm elections. In recent years, we have seen how issues that become the focus of major national attention can spur youth to mobilize each other, deepen existing organizing efforts, and create new pathways for electoral engagement. Analyses of recent polling data from other organizations, and our own surveys from previous elections, suggest that the abortion issue could have a major impact on the youth vote in 2022—especially as young women, and young women of color in particular, continue to play a leading role in civic and electoral engagement. That impact could manifest in increased mobilization and opportunities for political participation among both pro- and anti-abortion youth.

Many youth are especially concerned about issues of equal rights, gender equity, and racial justice—and they see abortion as one such issue. While views on abortion can be highly nuanced and dependent on how questions are asked, most data sources agree that young people (ages 18-29) are the age group most supportive of abortion rights.

A new nationally representative CBS/YouGov survey provides insight into young people’s views on abortion—and how those views may influence their voting and political behavior. That poll found that 68% of youth, ages 18-29, disapprove of Roe v. Wade being overturned, and 78% believe abortion should be legal in all or most cases.

The young respondents in this poll also signaled that they may turn those views into action in November. Two out of five youth (41%) said they were more likely to vote in the 2022 midterms; the highest of any age group. At the same time, 21% of young people said the decision made them less likely to vote, also the highest of any age group, which suggests that youth may be disappointed by political leaders and institutions. Campaigns and organizations must understand how young people are feeling as they seek to engage them and potentially earn their votes.

Previously, a May 2022 Teen Vogue/Change Research poll of youth ages 18-34 found that abortion rights ranked second among the issues important to young respondents, with 37% choosing it as one of their top three priorities. In that poll, 40% of youth under 35 selected “a law to protect the right to access abortion care” as one of the top-three policy initiatives they would support, and 59% responded that they would vote for a candidate who shared their stance on abortion even if they disagreed on other issues. We do note that this survey used an opt-in sample and contacted youth listed in a voter file, so respondents may tend to be more civically engaged than youth overall.

Of course, the abortion issue also has the ability to motivate electoral engagement on both sides. According to GenForward data from 2021, 53% of young Republicans say that abortion should never be permitted, or only allowed in cases of rape, incest, or when the woman’s life is in jeopardy. And according to our analysis of 2020 AP VoteCast data, 68% of young people (ages 18-29) who voted for former President Trump believed abortion should be illegal in most or all cases. Youth who voted for Trump were actually slightly more likely to say they opposed abortion than Trump voters aged 45+ (65%).

The Power and Potential of Young Women of Color

In CIRCLE’s 2018 pre-election poll, 58% of young women (ages 18-24) reported that they supported or were involved with the pro-choice/reproductive rights movement, compared to 32% in the “right-to-life movement.” Women of color were more likely to be directly involved, with 18% of young Black women and 16% of young Latinas saying they were active participants, compared to 10% of young white women.

When coupled with an issue that young women are disproportionately passionate about, these trends could further increase political action. Data from 2017 suggests that young women ages 20-24 account for one-third of unwanted pregnancies in the United States. And a study from the Public Religion Religion Research Institute found that, among Gen Z women, support for abortion rights correlates positively with engagement in more political activities.

Issues and Movements Can Drive Youth to the Polls

Young people care deeply about their communities, their peers, and about the issues that affect them. In the past two election cycles, our research has highlighted the connections between major national issues and youth political action.

In 2018, following the Parkland school shooting, the gun violence prevention movement became a major factor in youth electoral engagement. In our polling at that time, young people (ages 18-24) who said they were involved with or supported the post-Parkland movement were 21 percentage points more likely to self-report that they voted in the 2018 midterms. Moreover, 43% percent said that the Parkland shooting influenced their vote choice “somewhat,” and 20% said it affected their vote choice “a lot.”

In 2020, the major movements for racial justice following the murder of George Floyd likewise became a major factor in youth civic and political engagement. Almost half (45%) of youth we polled in 2020 said they took concrete action for racial justice, and young people named racism and violence against people of color among the top issues that would influence their vote for President.

While many other factors influenced voter participation in two high-turnout elections for all age groups, young people increased their voting rates in both 2018 and 2020 by more than 10 percentage points, and their voting increases outpaced those of older groups in the electorate.

Beyond impact at the federal level on the 2022 midterm elections, overturning Roe v. Wade may focus young voters’ attention on statewide races, since the U.S. Supreme Court’s decision will mean that abortion rights are largely decided by state governments. Earlier this year, we released our Youth Electoral Significance Index rankings of the top 10 gubernatorial races where young voters have the highest potential to influence election results. In six of those states, there are state-level abortion bans or restrictions. That may motivate and spur political action from both pro-abortion youth who may want governments in those states that would overturn those bans, and anti-abortion youth who may want to keep them in place. 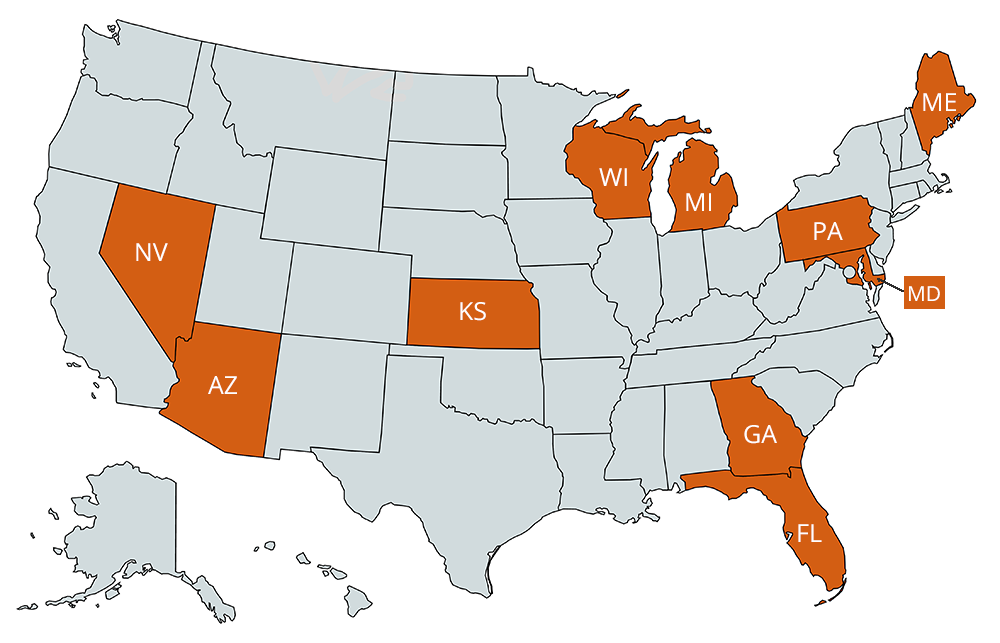