Today, CIRCLE is releasing the final report on a joint project conducted with Opportunity Youth United (OYU) which aims to engage low-income young people and local election administrators to make electoral systems to be more responsive to these marginalized voters’ needs.  The report, based on a survey of over 1,200 young people from six politically and geographically diverse states, puts forth 10 recommendations for election administrators and youth allies that are interested in increasing electoral engagement.

Some of the key findings include: 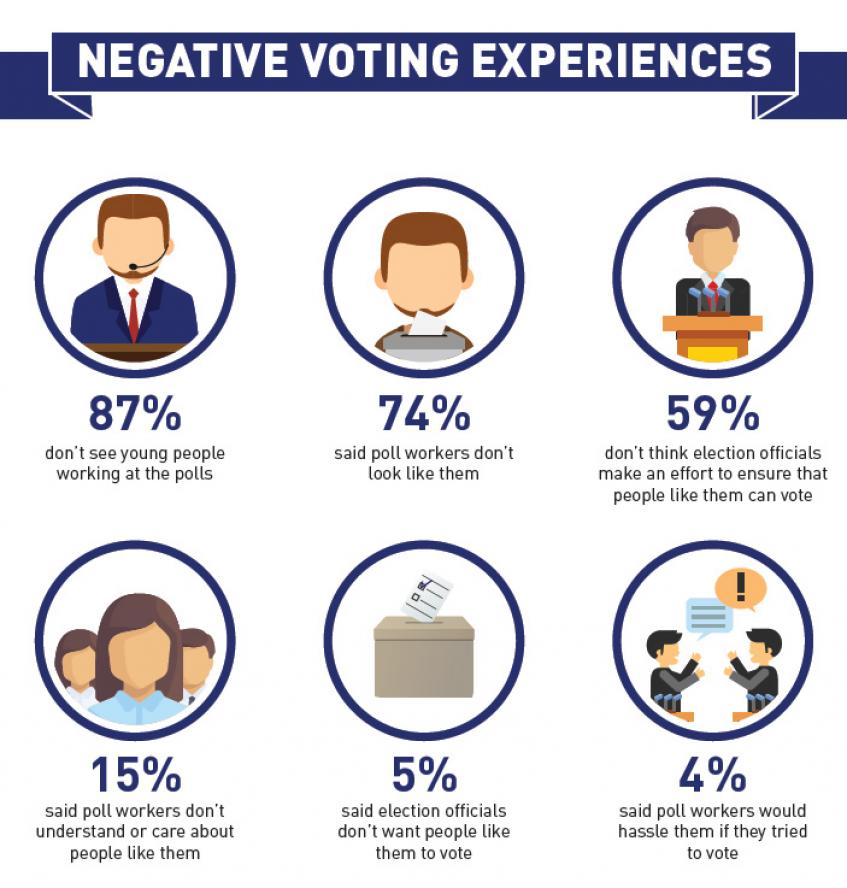 Based on these findings, and taking a cue from the exemplary work of election administrators in many jurisdictions, we have developed 10 recommendations for facilitating diverse young voters’ participation in electoral process. We hope that these recommendations can serve as a jumping-off point for conversations between young people and local stakeholders, especially those who are involved in administration of elections. There is no one solution to combat low voter participation and disparities in the levels of participation among youth. That said, we strongly believe that youth voter-centric design of election systems can improve voter engagement in meaningful ways. Among those recommendations:

More recommendations are included in the full report.